What a strange thing is life.  It is poignantly insignificant.  It puzzles me: the enormity, the oddity, the intricacy, the delicacy, the smallness of it all.  I’ve lived a very full life.  I was shaped by the Cascades and Sierra Nevadas: their trees, lakes, rocks and rivers raised me.  Their beauty bored into me an anchor that has never been withdrawn.

Time passed, childhood passed even faster, and I learned to sing back to creation.  I sang opera to the squirrels.  I grew up fast, too fast.  I grasped life like the crawdads we used to catch – two pinchers, eight legs, and a tail all existing and moving and living.  I ran a hardware store, I started a construction company, I traveled, I got educated, I graduated and taught useful things like Greek and Latin, I got more educated, I landed a job hooting for owls all night, I rock climbed, I became a midwife, I embraced the world and myself in it.

The landscapes I’d grown up in taught me that extravagance was just fine with the Almighty; live like the trees – stay rooted near a water source but then spring up and get fat pushing branches out in all directions, reaching, always reaching, towards the sun.  I’d learned well.  Eight years ago, I was A Pilgrim in foreign lands, my branches and heart were wide open.  I cared for and buried orphans in Africa, I pulled women from the red light districts in South Calcutta and Soweto, I bartered with child traffickers and befriended Gypsies in Eastern Europe.  This was the work of The Lord. This was Gospel-living.

Ten years ago I did  the most extraordinarily mundane thing of my life: I fell in love.  We met, laughed, did high-kicks in the cereal aisle of Food Whole, and six months later, we married.   A few months later, we created a human and had nine months to deceive ourselves into thinking our child would never throw a fit in public, pick (or eat!) her boogers, be “that child” in the restaurant throwing food at neighbors and screaming all the while trying to launch herself out of the high-chair.  Oh no, I would be patient and omniscient when it came to parenting (after all, I’d worked with orphans and children for years without losing my temper!).  I was a wonderful mother before our little girl was born.

Oh, friends.  Motherhood has been the grandest, the hardest, the most healing, the most distressing, the most joyful, the most heart-wrenching depressing, the most meaningful journey I’ve ever been on.  When my husband placed our first child on my chest in our little apartment in Dallas, joy transpired.  Healing waves of God’s goodness flooded me as He gave us a fresh soul to steward.  There was also an unforeseen consequence: the world went from being very large to being very small (and also very sticky and gooey and pukey and poopy).  The grandeur of my tree branching out in all directions was transformed into a seedling rooted too close to a rapidly rushing and constantly changing river. I became A Pilgrim in my own life as I was grew 5 uniquely beautiful lives in my body and then watched them tromp into the world outside of me.

Drowning, that’s what mothering is.  Gulp air when you can but you better get good at drowning.  Even then, you may need to develop some sort of anaerobic respiration.  The textbooks will tell you that anaerobic respiration is “energetically less efficient” than aerobic respiration.  I have discovered that mothering is probably the most energetically least efficient thing I’ve ever done.  Our firstborn has never liked sleep very much.  I was four months pregnant with our son when I slept more than four hours put together. Not energy-efficient.

When this blog began in 2005, I wrote about grand things in big places.  What I did not know then is that the grandest things that would happen in my life would be in the small places.  I have discovered the deepest earthly love in holding my husband’s hand.  I have felt the deepest sorrow in holding my 18-month old child as she trod the thin line between life and death.  I have experienced the greatest joy watching my children take delight in each other’s antics.  The days (and nights) are long, the whining immense, the diapers endless, the fits unavoidable, the nerves frayed, the patience shallow, the drowning inevitable.  So, drown with me in the small places of life and together we can discover the world is still filled with poetry and beauty and light.  Further up and further in has a lot to do with spit-up and tantrums right now but this is the work of The Lord.  This is Gospel-living. 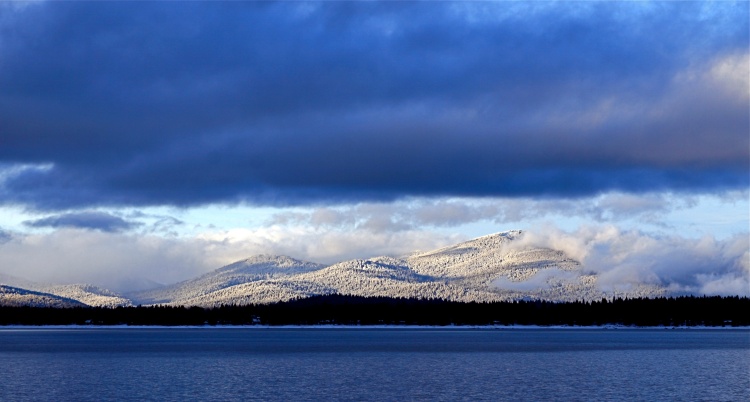